Ribs for the Ridge: Over $23,000 Raised by the Community for CA Camp Fire Victims

Ribs for the Ridge, a benefit conceived by Chico locals, was successfully coordinated, sponsored, and savored by the community. The original goal was to raise $5,000 towards the Camp Fire relief effort. As a result of this fundraiser, Ribs on the Ridge was able to raise over $23,000. A group of five individuals began approaching local organizations such as: Chico Barbecue Enthusiasts, members of the 20-30 Club, Sierra Steel Harley Davidson and several other local businesses joined the effort. The Ray Morgan Company was honored to donate essential marketing materials for the 20-30 Club of Chico to assist in promoting this event throughout the community. 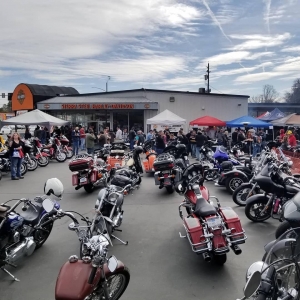 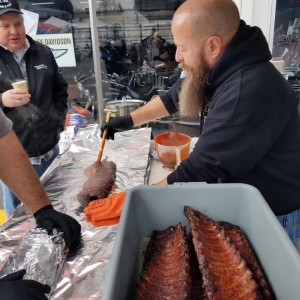 The event was held at the Sierra Harley Davidson in Chico and featured a rib cook-off with 10 local teams. Participants were from local restaurants, food trucks, and others were homegrown cooks such as RMC employee, Johnny Wollam. Johnny was a member of the Southern Zen BBQ team who happily cooked 42 racks of ribs for the cook-off. Attendees could enjoy one sample from each station and had the opportunity to vote for their favorite. The donated contributions were a combination of funds raised through ticket sales, donated raffle prizes and individual contributions from local and state-wide sponsors. 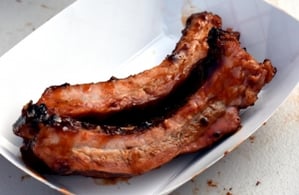 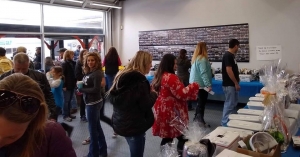 Robert Delgado was one of those five Chico locals. Delgado said the coordinators were initially hoping for around $5,000 in funds raised. He also stated how incredibly proud he is of the community’s overwhelming achievement and that the success was a result of local businesses coming together to contribute and volunteer as a team. When asking several attendees about their favorite aspect of the event, many spoke of the tasty ribs, the fabulous live music, and the aura of joy surrounding the benevolent cause. 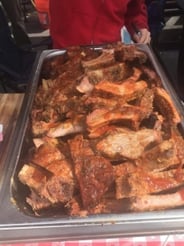 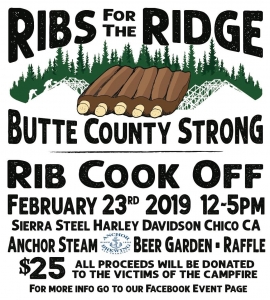