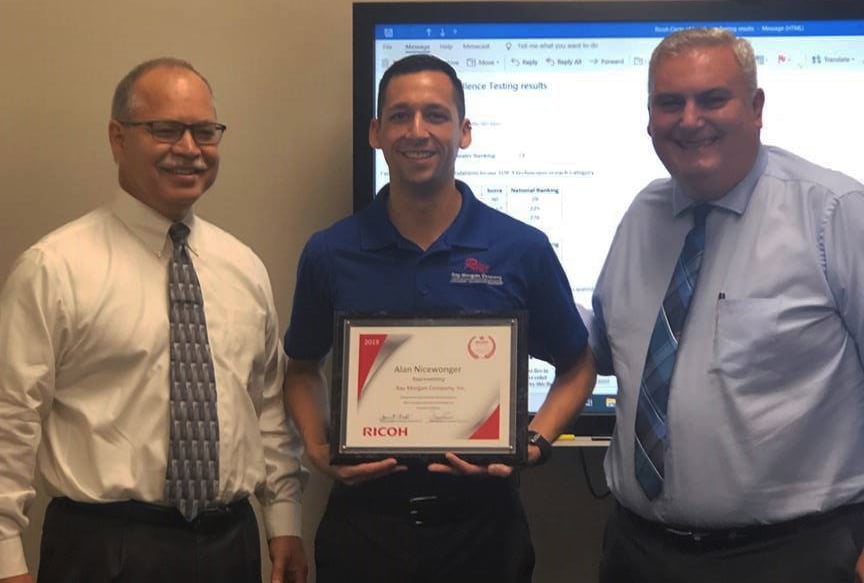 Alan Nicewonger started his career at RMC as the On-Site Specialist at Cal State Bakersfield on November 1, 2013. He had been there for about 2 and ½ years as he came from Ricoh USA. Alan was tasked with taking toner and paper out to the machines that were deployed all over the campus. Alan took it upon himself to expand his role by fixing the copier, not just placing service calls for a technician to come out and repair the machine. As he put it, “I am already here and if I can fix the machine the Technicians have more time to work on other machines.” This led in a drop of emergency calls from 40-50 a week to 35 a month.

In Mid-June of 2014 we needed a replacement technician. After finding a replacement for Alan at Cal State and having Alan stay on about two weeks with the replacement, he started in Mid-July of 2014 as a tech. Right from the start we could tell that Alan had what it takes. Alan studied and learned the connectivity side of what we do and continues to learn along with help all who come to him for help.

Now we come to the Circle of Excellence award from Ricoh. This is a test that takes place every spring, it is divided up in two levels, a hardware side and a software side. Technicians that are eligible can take either or both tests. Alan took both and got a 90% on the hardware side and 68.33 on the software side. To put this in perspective the National average for hardware is 65.7% and 56.2% on the software side. Alan was ranked number one at RMS in both areas. In the National rankings out of 1,778 technicians, Alan was ranked 29th in hardware and 134th in the software side. It cannot be expressed how exceptional this is, the technicians that he tested against have 10 - 20 years of experience. Alan has less than 5 years as a technician. It is an honor to have someone who did so well on my team.